Why is everyone launching info products and how to successfully create one?

Instagram reels: will your business be using this new feature? 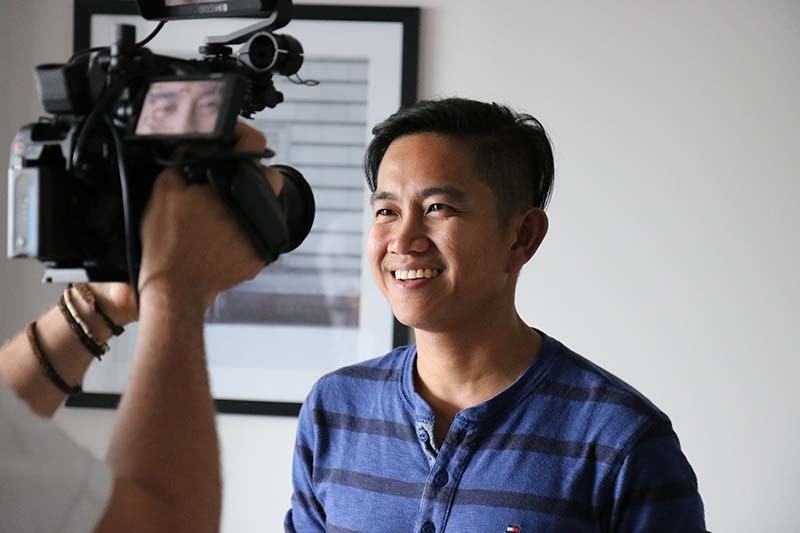 I think most of you have seen a recent campaign I made for Western Union. It was indeed an amazing opportunity to showcase my passion in a global platform.

In this blog, I want to share with you my experience in working for this campaign ( which I can definitely say, one of the highlights of my 2018).

Now, let’s backtrack a few months before its release. 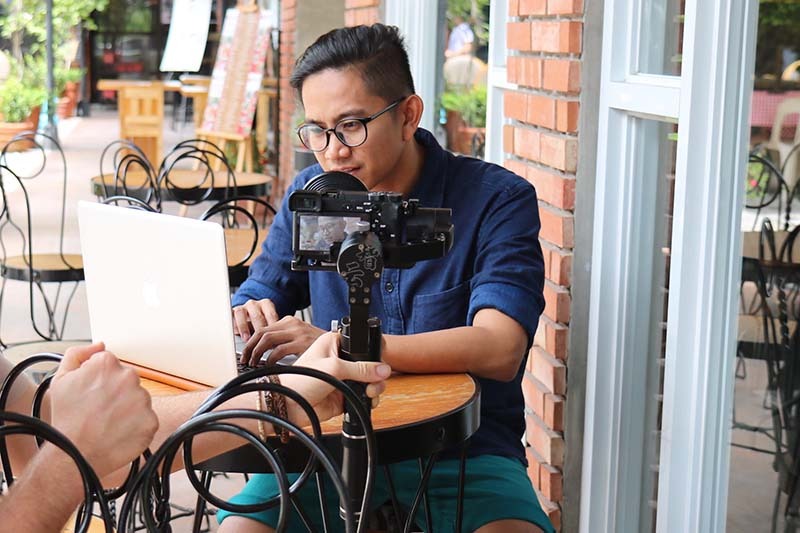 Filming some clips in Marikina

Back in June, after months of negotiations, I finally welcomed an international filming crew to Marikina, my hometown in the Philippines, to make two episodes about my life and journey for an award-winning project called #LiveMoreShareMore.

In a sea of influencers, from all over the world, it is still hard to believe that I was one of the few selected content creators to be featured in the series, showcasing inspiring people.

#LiveMoreShareMore was developed by RDB | Robin des Bois, an international Media agency focusing on Influencer Millennial Marketing and Branding Campaigns in Vienna, London and Manila, and the project is powered by Western Union – the global leader in cross-border, cross-currency money movement in over 200 countries.

After watching previous episodes of the web series featuring influencers such as Nuseir Yassin, creator of the one-minute daily videos channel @nasdaily; Mihaela Noroc, author of the project “The Atlas of Beauty”; Youtuber Maria (@LaCooquette); Filipino yo-yo champion Sean Perez and also videos featuring Mario Rigby, a modern explorer who spent two and half years crossing Africa by foot and kayak, it was my turn to represent my country, not only as a content creator, but also as an artisan, sharing with others how much love goes into each journal I made via my very own Surat Journals project. 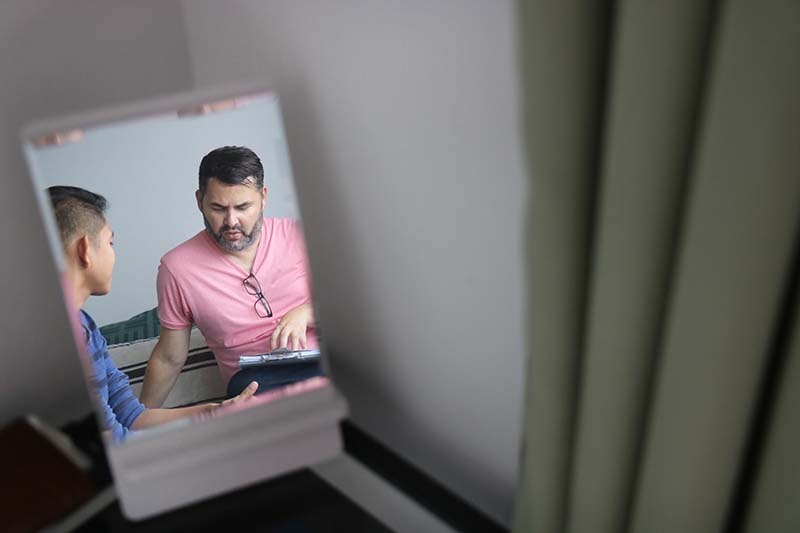 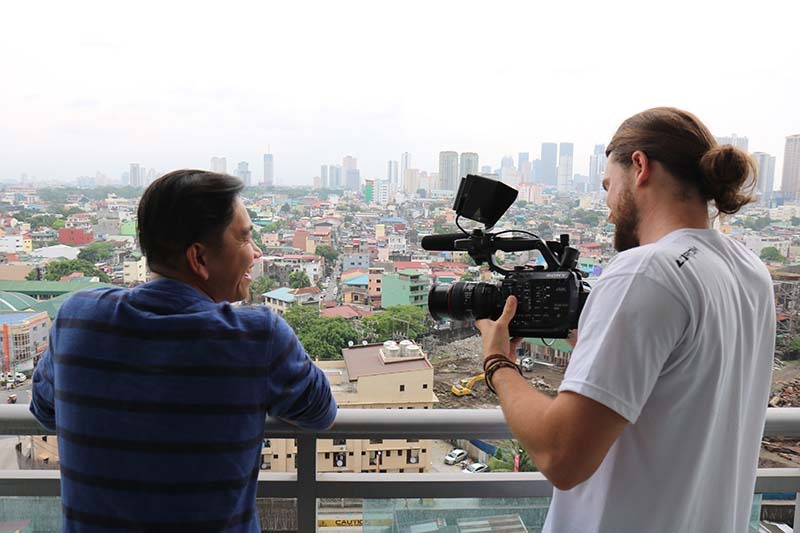 Shooting some dramatic shots with Rainer. You can definitely spot this in the final video

The team of professionals spending three days with me in Manila and Marikina included German film director Rainer Frick, filming assistant Jan Pilny, Marc David Acob and the London-based Journalist and producer Marcio Delgado, a Global Content Manager and social Influencer Headhunter for RDB and whom signed me for the campaign.

Besides being part of a Global project like that for a brand that has been around for over a century, it is always fascinating to see how it is made by a crew that spends approximately 100 days on the road, each year – this is more time travelling than some of the travel bloggers that I’ve met in Asia or Europe during my own trips. 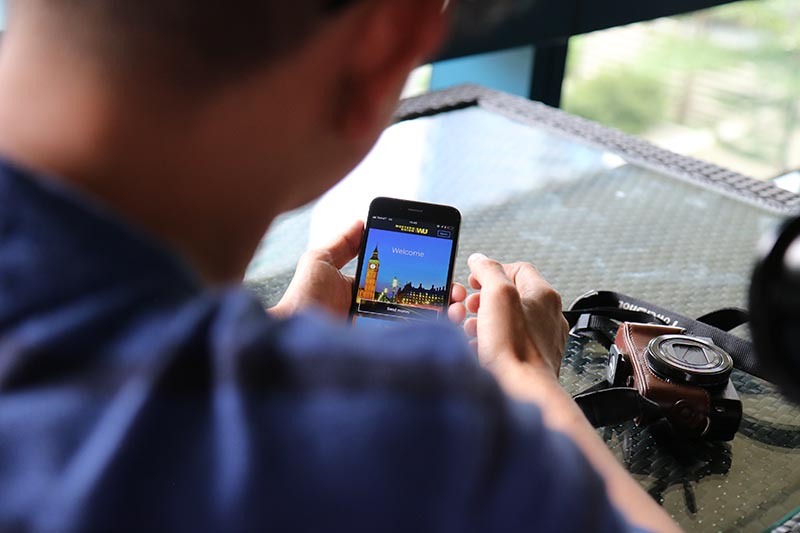 Been using Western Union ever since I started working abroad. Definitely one of the best options to send money anywhere in the world.

“It takes a lot of work to film each episode, several hours per day, and few people realize that. We also have to deal with other challenges while filming abroad, from earthquakes in Mexico to lost luggage in the USA or heat of up to 46C in India, for example. But the end results make it worthwhile.” – says the series producer Marcio Delgado.

It gives you a sense of accomplishment when you hear the words ‘It’s a wrap’ after filming many different sequences that you even don’t know if it will make to the final video. And the best part is when you watch the episode live, again, months later.

All episodes are published across Western Union’s social channels, including Facebook and teasers on Instagram, and they are also made available to watch in a dedicated blog about the Live More project.

In case you haven’t seen my two episodes already, I invite you to have a look at: https://www.westernunion.com/blog/sharemore/#kenneth

I am passionate about traveling and chasing different kinds of adventures. Well, these are the things most travel bloggers are saying in their ‘About Me’ page. In fact, I thought of writing the same. In my tumblr account, I have this description until now. I decided not to put the same descriptions here. So what should I tell you about myself?

kenneth
I am passionate about traveling and chasing different kinds of adventures. Well, these are the things most travel bloggers are saying in their ‘About Me’ page. In fact, I thought of writing the same. In my tumblr account, I have this description until now. I decided not to put the same descriptions here. So what should I tell you about myself?

Why Influencer Marketing is here to stay 3722

How to switch off from social media when your job is to be switched on? 3349

How NOT to be an influencer: Influencer Jayne Rive

June is here! Wishing you a creative month. #work

Next time you think you can’t create content on

How are influencers pitching to brands in 2020? Ch

Everything you see, throughout your day, is a cont

Everyone talks about the best times to post on soc

I like graffitied walls. ⁣ And this one here is